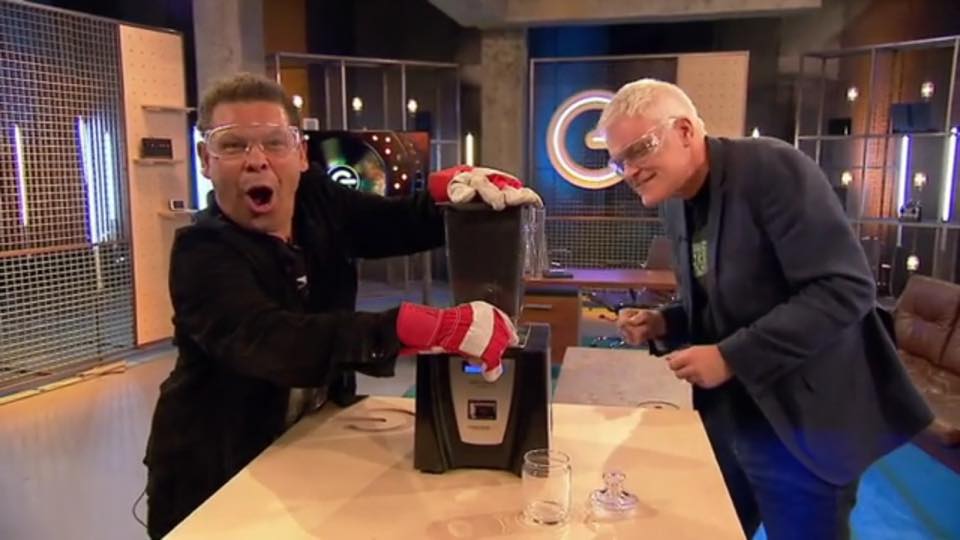 Last Friday night the new series of “The Gadget Show” premiered on Channel 5 in the UK with Craig Charles of Red Dwarf as one of their new presenters. Every week Craig would like members of the public to get in touch and let him know what gadget they would like to Blend in a Blendtec, and they could be chosen to appear on the show and have their item blended.